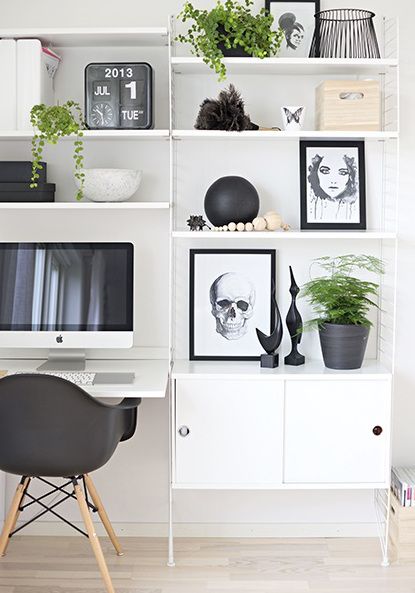 I don’t know about you, but there’s something very calming about being surrounded by mother nature. There’s a serenity that comes over me when I sit amongst plants, trees and in the sunshine.  But as we cannot always be outside (especially when working a full time job in an office) we must make the most out of our time outdoors and find ways to enjoy the benefits of the earth in creative ways such as bringing them inside.

In an article published in “Landscape and Urban Planning,” researchers from Copenhagen and the Swedish University of Agricultural Science teamed up in order to better understand the connections and benefits of having access to green areas in the workspace.  The results revealed a significant relationship between access to workplace greenery and overall workplace attitude.  The study also showed that views of and or access to outdoor greenery increased workplace productivity by 19%.  That’s a significant boost when you think about it.  Interestingly, gender played an interesting role in the outcome. While access to green areas reduced stress level in men by up to 10%, the same could not be said for females. For women, stress levels were directly related to workplace attitude which was not found with men.  As the greenery lowered stress levels of the men and were directly related to an increase in positive workplace attitude, everyone benefits.

As such a large portion of the population spend their days under synthetic lighting, it’s no wonder that nearly 60% of lost workdays are directly related to elevated stress levels.  This study is an important one as it shows that, by adding greenery, or at least having access to it by way of a view will not only boost attitude, happiness and wellness, but also benefit productivity.

Here are a few ways in which plants and greenery can offer instant benefits to your workspace:

Plants are proven to increase oxygen and  clean the air by removing volitile organic compounds in the air.

Having something natural and beautiful in the generally stark world of an office space helps to create a positive environment.

Studies have shown that the more greenery workers see, the less sick days they take.As a business owner, if something as simple as having greenery in the office increases productivity, then why not.

The researchers noted a possible psychological impact on workers in that most people find that plants seem “healthy” and therefore encourage people to take better care of their own health.

Do you have plants in your workspace? If not, why not grab a few and let us know if you notice a difference!