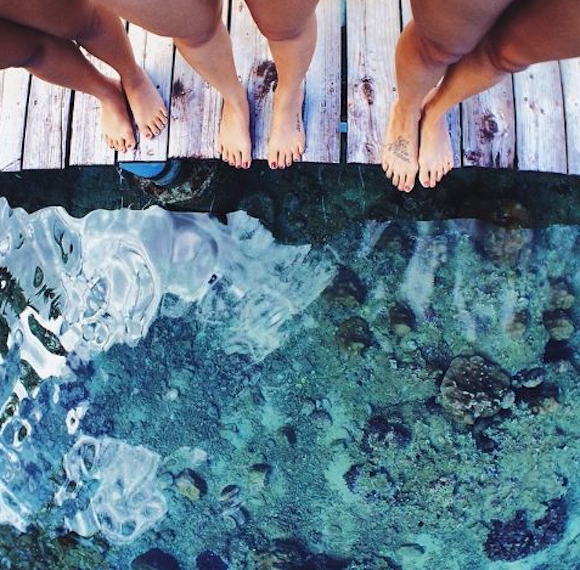 You know that feeling when you walk through the door after a long day and the first thing you want to do is slip off your shoes?  It’s an inherently distinctive way of unwinding and relaxing, of returning to a more natural state and feeling free from the constraints of not only your footwear, but also your day.

As a Pilates instructor, I am mostly in my bare feet all day, but not all of us have this luxury.  As it turns out, there is a name for slipping off your shoes. It’s called “Grounding” or  “Earthing”.  OK, speaking candidly, I feel it’s a little condescending and a lot lame to name the practice of taking off one’s shoes, but titles aside, I am a big fan of the practice.

Anyone who has ever slipped their feet into warm sand or walked on soft grass during their lunch break knows that going bare (foot) not only feels great, it rejuvenates the soul.  But researchers have taken it a bit further, sharing health benefits that go beyond a boost in mood. The idea is that we, as humans, have lost touch with the earth which has blocked the benefits of exchanging electrons with the surface of the planet. There have been numerous studies on the topic and there has been scientific validation that earthing changes the chemical makeup of participants in studies comparing those who go barefoot with those who are not “grounded”.

In today’s blog, I wanted to share a few of the reported benefits of this practice and a few reasons to get outside more often. Go for a walk, touch some plants, walk on the grass, melt into a ray of sunshine and feel the earth around and underneath you.

1. Earthing allows electrons to be drawn into the body from the earth which supporters say will help to eliminate free radicals in the body.

3. Those who slept on a “grounding mat” showed marked changes in sodium, magnesium, potassium and proteins.

4. Experts say that connecting with the earth helps to eliminate “electromagnetic pollution” in the body.

5. Walking amongst the trees will offer an opportunity for increased oxygen and doing so in the sunshine can increase our vitamin D levels, which is known to boost our mood.

6. Earthing is said to reduce inflammation which is directly linked to the aging process.

7. Some studies suggest it can help to relieve Jet Lag.

8. Grounding has been shown to improve the efficiency of the cardiovascular, respiratory, circulatory, and nervous systems

9. Walking amongst nature brings about a calming and meditative effect which will help to lower the heart rate and decrease stress.

10. Whether you feel you are “grounding” or not, there’s something wonderful about the idea of taking a few moments each day to connect with the world around you and feel grounded in your own place in it.

What do you think? Have you tried it? Will you try it?